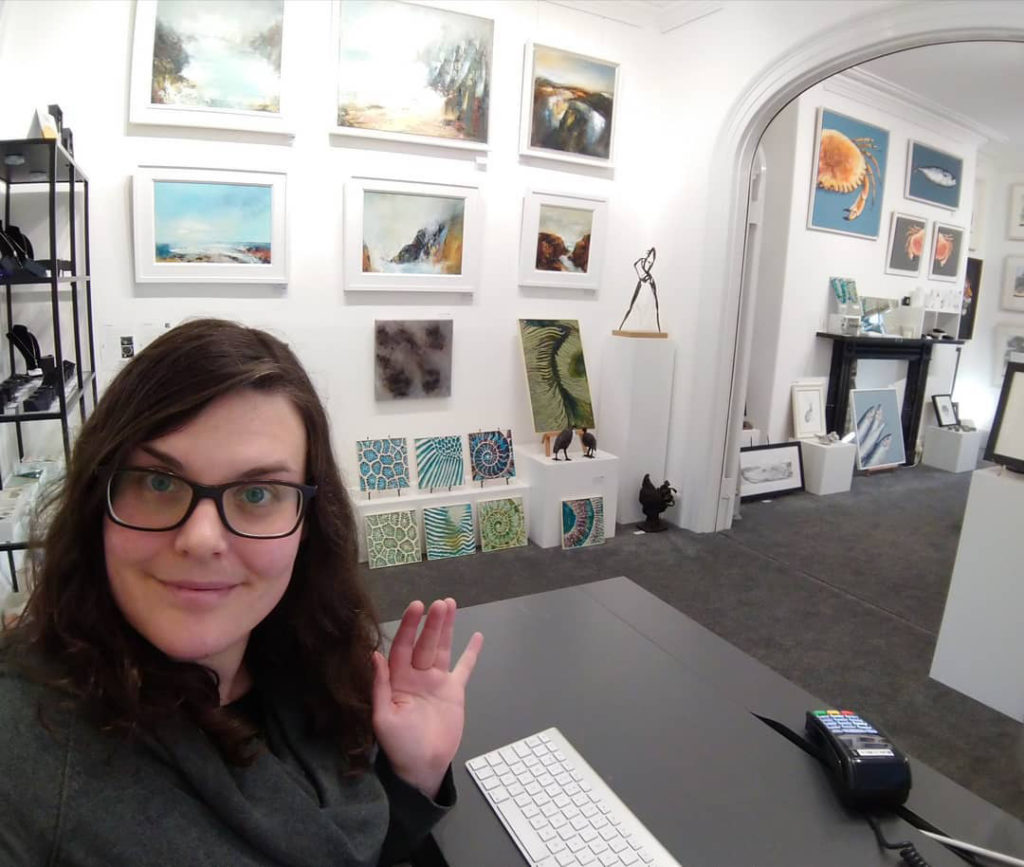 Anna Ventura is an artist and designer born in Barcelona currently residing in Devon, where she works from her studio at the Tidal Gallery in Kingsbridge.

Anna studied a combined degree of Fine Arts and Graphic Design at the University of Barcelona, and in 2010, she moved to Devon to complete her degree with a final project in Illustration at The University of Plymouth. This unique career path has given Anna her flare, a mix of knowledge and techniques in classic Arts, as well as deep understanding of computer design to apply to any modern art project.

Anna has been developing her own business and brands since 2013, using her own name as a trademark in various forms.

And now, Tidal Gallery is the platform she has always dreamt of, a gallery that enables Anna to develop new work and interact with the public, as well as giving other artists the opportunity to exhibit in a friendly space.